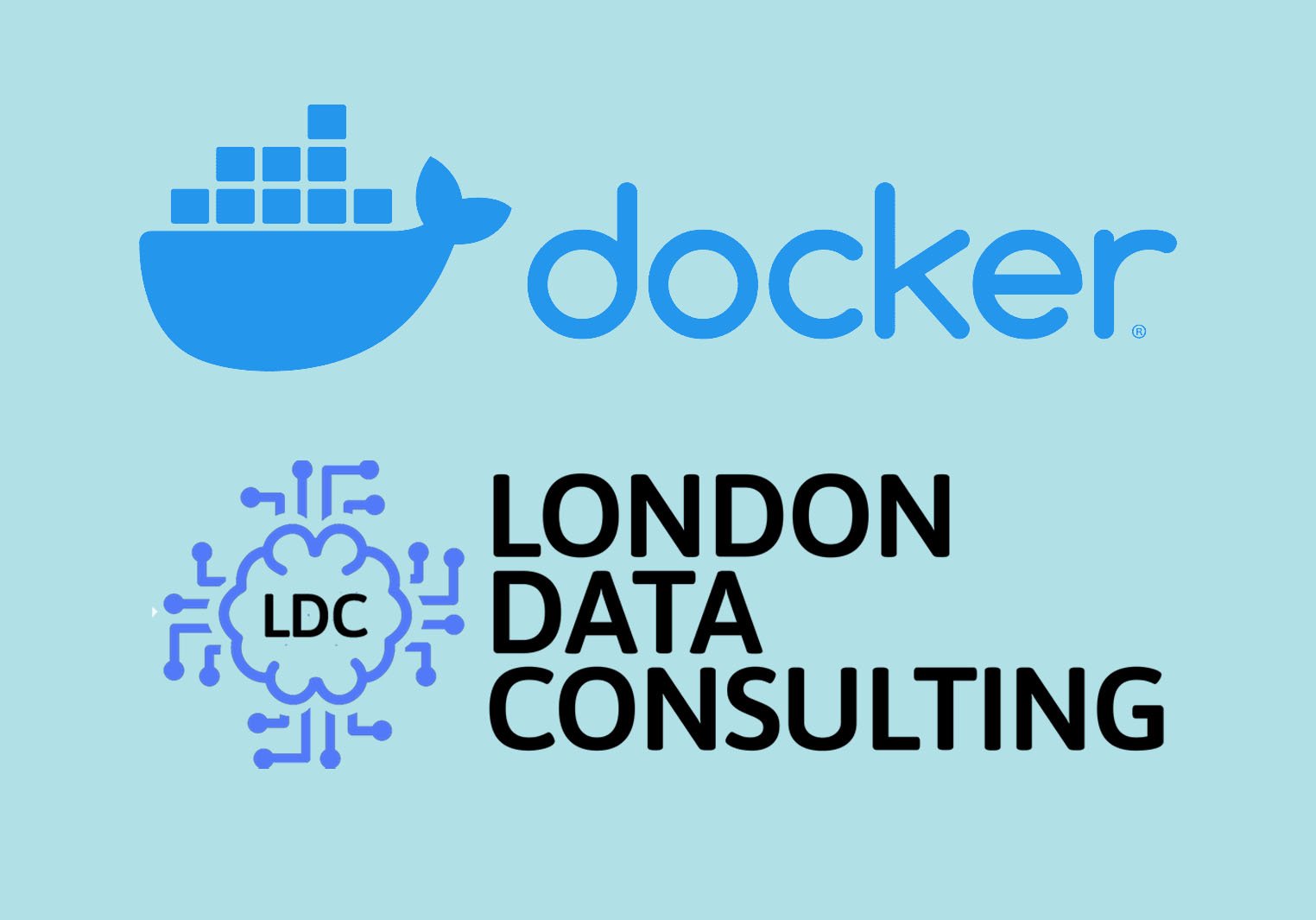 Docker is the most widely used containerization platform. Find out everything you need to know about it: what it is, what it is for, how it works and what training courses allow you to learn how to use it.
Containers and microservices are increasingly used for application development and deployment. This is called “cloud-native” development. In this context, Docker has become a massively exploited solution in business.

What is a Container?

Before discovering Docker, you must understand what a container is. It is a lightweight runtime environment, and an alternative to traditional virtualization methods based on virtual machines. One of the key practices of modern software development is to isolate applications deployed on the same host or on the same cluster. This prevents them from interfering.

To run the applications, however, it is necessary to leverage packages, libraries, and various software components. To exploit these resources while isolating an application, virtual machines have long been used. These make it possible to separate the applications between them on the same system, and to reduce the conflicts between the software components and the competition for the resources. However, an alternative has emerged: containers.

A virtual machine is similar to a complete operating system, several gigabytes in size, allowing the partitioning of infrastructure resources. A container delivers only the resources needed by an application. Indeed, the container shares the kernel of its OS with other containers. This is a difference with a virtual machine, using a hypervisor to distribute hardware resources.

This method reduces the footprint of applications on the infrastructure. The container brings together all the system components necessary for the execution of the code, without weighing as much as a complete OS.

Likewise, a container is lighter and simpler than a virtual machine and can therefore start and stop faster. It is therefore more reactive, and adaptable to the fluctuating needs related to the “scaling” of an application. Last strong point: unlike a hypervisor, a container engine does not need to emulate a full operating system. The container therefore offers better performance than a deployment on a traditional virtual machine.

Docker is a container platform launched in 2013 that has largely contributed to the democratization of containerization. It makes it easy to create containers and container-based applications. There are others, but this is the most used. It is also easier to deploy and use than its competitors. It is an open source, secure and economical solution. Many individuals and companies contribute to the development of this project. A large ecosystem of products, services and resources are developed by this vast community.

What are the different elements of Docker?

The Docker platform is based on several technologies and components. Here are the main elements.

The Docker Engine is the application to be installed on the host machine to create, run and manage Docker containers. As the name suggests, it is the engine of the Docker system. It is this engine that groups and connects the various components together. It is the client-server technology for creating and running containers, and the term Docker is often used to refer to Docker Engine.

The Docker Daemon processes API requests to manage different aspects of the installation such as images, containers or storage volumes.

The Docker client is the primary interface for communicating with the Docker system. It receives commands through the CLI and passes them to the Docker Daemon.

Every Docker container starts with a “Dockerfile”. It is a text file written in an understandable syntax, containing the instructions for creating a Docker image. A Dockerfile specifies the operating system on which the container will be based, and the languages, environmental variables, file locations, network ports and other required components.

A Docker image is a read-only template used to create Docker containers. It is composed of several layers packaging all the installations, dependencies, libraries, processes and application codes necessary for a fully operational container environment.

After writing the Dockerfile, we invoke the “build” utility to create an image based on this file. This image is presented as a portable file indicating which software components the container will run and how.

A Docker container or Docker Container is a Docker image instance running on an individual microservice or an entire application stack. By launching a container, we add a writable layer on the image. This stores all changes made to the container during runtime.

Docker’s “run” utility is the command to launch a container. Each container is an instance of an image.

Containers are designed to be temporary, but can be stopped and restarted in the same state. Multiple instances of the same image can run concurrently.

The Docker Registry is a cataloging system for hosting and “push and pull” Docker images. It is possible to use your own local registry, or one of the many registry services hosted by third parties like Red Hat Quay, Amazon ECR, Google Container Registry.

The Docker Hub is the official registry for Docker. This is a SaaS repository for managing and sharing containers. You can find Docker images from open source projects or software vendors there. It is possible to download these images and share your own.

A Docker registry organizes images into different storage directories. Each of them contains different versions of a Docker image sharing the same image name.

How does Docker work?

The operation of Docker is based on the Linux kernel and the functions of this kernel, such as cgroups cgroups and namespaces. It is these functions that separate the processes so that they can run independently.

Indeed, the purpose of containers is to run multiple processes and applications separately. This is what makes it possible to optimize the use of the infrastructure without reducing the level of security compared to the separate systems.

All container tools like Docker come with an image-based deployment model. This model simplifies sharing an application or set of services across multiple environments. In addition, Docker helps automate the deployment of applications within a container environment. With these various tools, users gain full access to applications and are able to accelerate deployment, control versions and assign them.

What is container orchestration?

Docker makes it easier to coordinate behaviors between containers, and to connect them to create application stacks. To simplify the process of developing and testing multi-container applications, Docker created Docker Compose.

It is a command-line tool, similar to the Docker client, using a specially formatted description file to assemble applications from multiple containers and run them on a single host. When an application is ready to be deployed on Docker, it is necessary to be able to provision, configure, extend and monitor containers on the microservice architecture.

What is Docker Desktop?

Docker Desktop is the native PC application designed by Docker for Windows and Mac. It’s the easiest way to run, build, debug, and test Dockerized applications. This software brings together the main features such as fast test cycles, file change notifications, corporate network support, and complete flexibility for the choice of proxies and VPNs.

The Docker Desktop application bundles developer tools, Docker App, Kubernetes, and version synchronization. It allows you to create images and templates by choosing languages and tools. The main advantages are speed, security and flexibility. We distinguish the free Community edition, and the paid Enterprise edition adding additional features for security, management, orchestration and management.

Two different versions of Docker Desktop are offered. The Stable version has been rigorously tested, and can be used for the development of reliable applications. Updates are released alongside Docker Engine updates. On the other hand, the Edge version has new experimental features of the Docker Engine. There is therefore a risk of bugs, crashes and other technical problems. However, this version allows you to try the new features in preview.

Install a web server on a Docker storyteller

It is also possible to install an Apache web server inside a Docker container. As a reminder, Apache Web Server is an open source tool for creating, deploying and managing web servers. Among its many features are an authentication mechanism, database support, server-side scripting, and compatibility with multiple programming languages.

The ability to support large volumes of traffic with minimal configuration is one of the main advantages of Apache. It is compatible with Linux, macOS and Windows. Companies use it for virtual or shared hosting.

The advantages of Docker

Docker has multiple advantages, making it easy to build applications that are easy to assemble, maintain, and move. Containers allow the isolation of applications from each other and from the underlying system. They also allow portability, since applications do not have to be tied to the host operating system. Containerized applications, for example, can easily be transferred from on-premises systems to cloud environments.

In addition, containerization with Docker makes it possible to interchange the components of the application stack. Finally, containers simplify orchestration and scaling.

The Docker tool is beneficial for both developers and system administrators. It is often found at the heart of DevOps processes. Developers can focus on their code, without having to worry about which system it will run on. Additionally, they can save time by incorporating pre-designed programs for their applications.