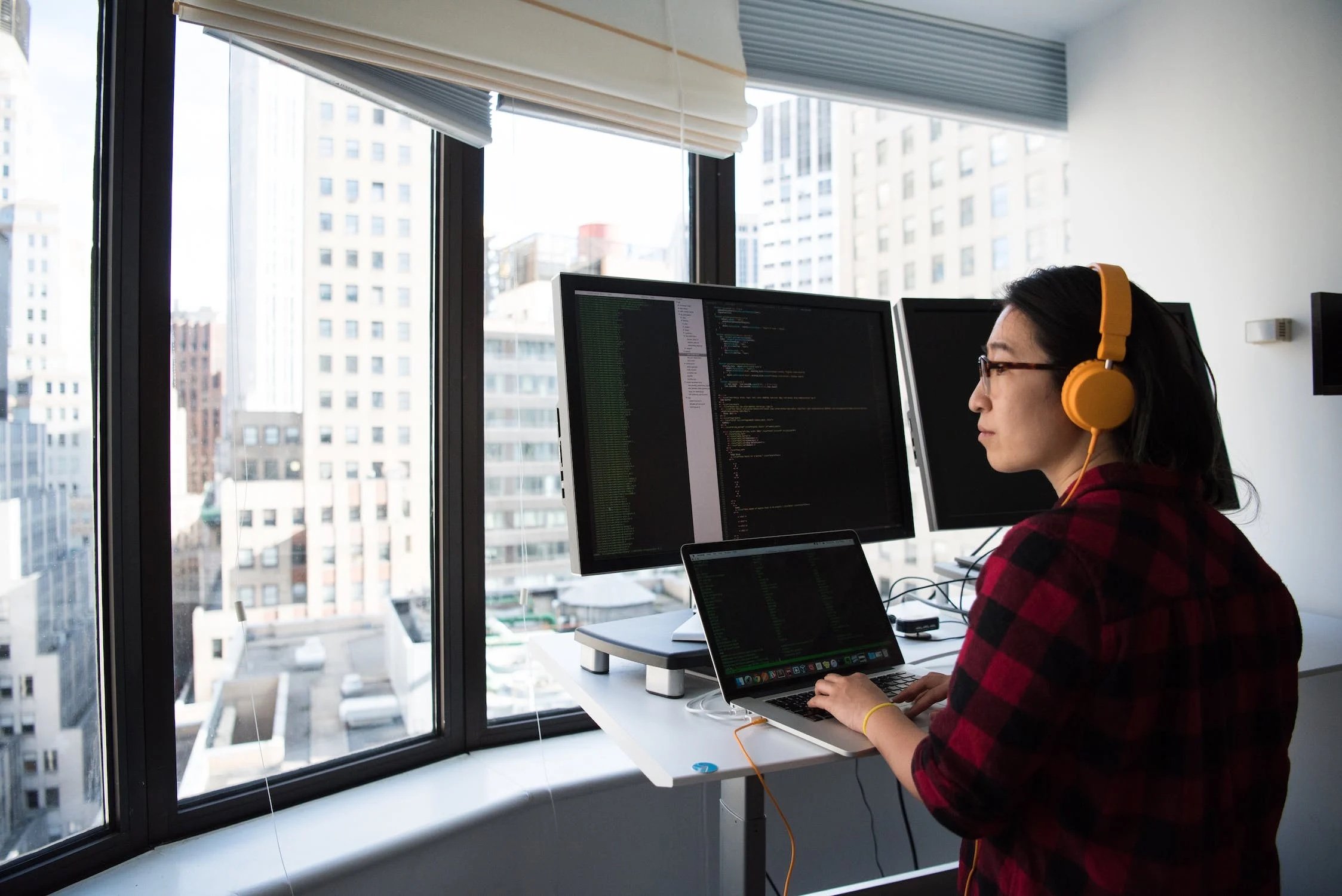 When you want to train or retrain in computer development, the first question you ask yourself is often: what programming language should you learn in 2023? C#, C++, Java, PHP, Ruby, Python, JavaScript, etc. the list is endless. There are nearly 700 programming languages, each with its specificities, advantages and disadvantages. How can you be sure to make the right choice when starting out in IT? Follow our advice to find the most popular language(s) on the job market in 2023 and especially those that are suitable for your projects!

What is the best programming language? Answering this question is… impossible. Each language has its own characteristics that will make it efficient on a type of project. Conversely, some technologies are inefficient or even incompatible with an application. So how to choose? By opting for the most popular languages used by developers. This notoriety means that they are flexible and powerful enough to handle the most common requests and needs.

Here are the popular languages in 2023 in IT:

HTML is not strictly speaking a programming language. The acronym stands for HyperText Markup Language, and translates to “markup language”.

Tags represent the structure and architecture of a web page. HTML will therefore define the skeleton and organization of a web page. It is generally manipulated in combination with CSS (Cascading Style Sheets), a computer language that makes it possible to style and format pages. These two languages are enough to create static pages and websites.

Knowledge of HTML is therefore essential in computing. But, used alone, it quickly reaches its limits in terms of functionality and interactivity. It is most often used with other programming languages that will be able to dynamically generate HTML.

Let’s take a concrete example, HTML allows you to create a website with a “login” button. However, for the identification to work and for the user to be redirected to a personalized space, it will be necessary to be able to modify the HTML tags automatically. This is done via a so-called “server” language like PHP.

PHP is a popular server-side programming language mainly due to ease of learning. It is very popular with beginner web developers. Simple and flexible, the language allows them to discover algorithms, computer logic and object-oriented programming by quickly creating concrete projects!

In the IT market, it is mainly used to design websites and web programs thanks to:

Java and C# are two so-called “high-level” languages, that is to say that their syntax is easily understandable by humans. Unlike low-level programming languages, which are closer to machine code (binary), they can use natural syntax elements (words and expressions) which make the development process much simpler. The syntax will then be automatically translated into machine code by a component called compiler.

There are many other high-level languages, but Java and C# are among the oldest and are still in high demand, as many applications and sites rely on them. Their common features and benefits are:

Python, The Most Popular Language For Several Years

Python is also an old programming language (its first version dates back to 1991), but it has seen its greatest popularity in recent years. It now regularly ranks first among the languages preferred by developers in the Tiobe indexes and StackOverflow studies, two benchmarks in the IT field.

This growing popularity is largely based on the rise of machine learning and artificial intelligence, 2 sectors for which Python is a particularly suitable language. It integrates many libraries (sets of utility, pre-written and reusable functions) as well as frameworks that facilitate and accelerate the design of scientific algorithms.

The language is also widely used in web development and computer programs due to:

JavaScript is originally a scripting language intended to animate and make web pages interactive. Since then, it has evolved considerably and can be used both on the display side (front-end) and on the server side (back-end). Now, it is possible to create sites entirely in JavaScript, but also connected applications, 2D and 3D games or even servers.

Full stack JS developers are highly sought after on the job market as well as profiles with skills in JavaScript frameworks. The language has 3 particularly powerful and popular frameworks:

Ruby has sometimes been seen as underperforming and underperforming Java and C#. However, it remains an excellent choice when you want to train in development thanks to:

So, What Programming Language To Learn?

In IT, technologies, trends and especially needs evolve very quickly. To choose the programming language(s) to learn, popularity is therefore not the only criterion to take into account. In order to succeed in your career in digital, you must also determine the language(s) adapted to the profession as well as to your personal preferences. It is on this condition that you will be able to remain competitive and motivated in all your IT projects!

PHP is arguably the most widely used language for web development. According to data from W3Techs, it is present on nearly 8 out of 10 websites. If you are aiming for a career in internet programming, it is therefore essential to know the syntax and operation of this scripting language.

However, the popularity and simplicity of the language creates strong competition in the job market. To differentiate yourself, you can complete your course by learning:

Symfony, one of the most flexible and reputable PHP frameworks;
Laravel a development framework that uses its own templating system;
Laminas (formerly Zend): an extensible and secure framework.
If you do not like this language, you can also turn to full stack development in JavaScript, Python or even C# with the ASP.NET framework.

In terms of data science, machine learning or big data, Python is now the essential language. If you are aiming for a job in scientific programming, you should therefore start by learning this language and then the libraries:

3. The Best Languages For Mobile Development

In 2020, more than 80% of Internet users used their smartphones or tablets to surf the web and 130 billion mobile applications were downloaded worldwide. Mobile development is therefore a rapidly growing area of IT. To work in this sector, the languages and technologies to know are:

Programming Languages To Work in Cybersecurity

Cybersecurity is another booming sector in the IT field. Faced with the increase in cyberattacks, almost all companies and administrations are looking to recruit competent profiles, capable of protecting them from cyber threats.

To work in computer security, the preferred technologies and languages are: